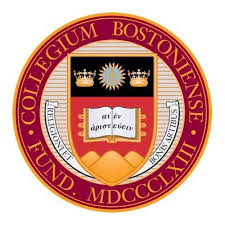 Leo F. Power, Jr. age 84, of Brookline passed away peacefully with his devoted family by his side on November 22nd.  Beloved husband of Kathleen A. (Sullivan) Power for 57 years.  Loving father of Leo Power III, Elaine Cosseboom and her husband William Schultz, Karen McNamara, and Bill Power and his wife Rebecca.  Cherished “PA” to his seven grandchildren Hailey, Casey, Sean, Kellyn, Jessica, Cameron, and Michael.  Loving step grandfather to Christo and Lucas and Uncle to many nieces and nephews, all of whom brought him great joy.  Leo was predeceased by his loving parents Leo and Margaret (McCaffrey) Power, his sister Marie McKenna and her husband John, his brothers Jim Power, Paul Power, and his brother in law Jack Spellman.  Leo is survived by his sister Margaret Spellman and his sister-in-laws Liz Power and Joan Power.

Leo was born in Portsmouth, NH and raised on Mission Hill in Roxbury, MA. He graduated from Mission High School, class of 1952. He went on to attend Boston College where he played basketball and graduated with a degree in Mathematics in 1956. He served 3.5 years in the US Naval Academy and retired as a Navy Lieutenant Junior Grade.  Leo went on to become a “ Triple Eagle” by earning a Masters Degrees in Business Administration and a Masters degree in Mathematics.

He enjoyed a successful and fulfilling 47-year career working as the Director of The Institute of Scientific Research at Boston College.  Leo was a dedicated season ticket holder to Boston College Football and Basketball games for over 50 years.  He loved all things BC!

Leo was passionate about grass roots tennis and from 1977-1994, he served as a board member of USTA New England Lawn Tennis Association, including as President from 1987-1991. He then served four years as a National Board member of the United States Tennis Association from 1995-1998.  Prior to becoming a USTA board member, Leo served on a number of national committees, including individual and organizational membership, the executive, Olympic and junior competition committees and two successive terms on the nominating committee.  In 1980, the Power family received both the NELTA and the USTA Tennis Family of the Year awards.  In1984, Leo received the Gardner Chase award as the NELTA Man of the Year and in 2002 Leo was elected to the USTA New England Tennis Hall of Fame.

He loved watching his four children compete in New England, National, and Collegiate tennis tournaments.  He also enjoyed competing with each of his children in USTA National Father/Son and National Father/Daughter events around the country.

Family and friends are invited to honor and celebrate Leo’s life by gathering for calling hours on Thursday, December 5th from 4:00pm – 7:00pm at The Eaton & Mackay Funeral Home at 465 Centre Street, Newton, MA 02458.  A Funeral Mass will be celebrated on Friday, December 6th at 10:30am at Church of Saint Ignatius of Loyola, 28 Commonwealth Avenue, Chestnut Hill, MA 02467.  In lieu of flowers, donations in Leo’s memory may be made to New England Chapter – JDRF 60 Walnut Street # 102, Wellesley, MA 02481.

Article about Leo, by Jim Greenidge that appeared in The Boston Globe Aug 1995

He didn’t like the way some things were done, so Leo Power asked questions – about why junior tournaments were run the way they were, why seedings were as they were.

“There was one thing that particularly bugged me,” Power said. “There was a newspaper (published by the New England Lawn Tennis Association) that kept increasing its number of pages while not getting any new ads and it kept taking money from the junior program and I kept on some people about it.

“Back then, tennis wasn’t as organized as well as it is now.”

So the people at the USTA-New England (then known as NELTA) pointed out to Power that it was a volunteer organization, and he should roll up his sleeves and go to work.

Power, 60, a former Boston College basketball player and the 20-year director of the school’s Institute of Scientific Research, is on the USTA-National’s 14-person board of directors as one of eight directors at large.  The board gets together once a month, sometimes by teleconference, to set policy for the USTA-National, which has a $92 million budget.

Power, who first picked up a tennis racket 40 years ago when he saw BC pals Jim Norton and Jack Cox from his Mission Hill neighborhood playing at the courts at Peter Bent Brigham Hospital, is part of a new generation of USTA board members seeking change.  The new emphasis is on grass-roots tennis.  We’ve put up $5 million over the next four years, at $1.25 million per year, in working with the tennis industry to stress “Play Tennis America,” Power said.  “The grass-roots game is something I’ve been talking about for the past five years, and after making a lot of noise about it, it seems people have been listening to me the last two years.”

It was because of his four children that Power followed tennis in earnest.  His son, Leo 3d, now 31, was ranked No. 1 in New England at ages 12, 14 and 16 and went on to play at Northwestern; daughters Elaine, 30 and Karen, 29 played Nos. 4 through 6 at BC; and Bill, 24, was the Eagles’ No. 1 player his last three seasons.  All have been nationally ranked.

With wife Kathi very much included, the Power family received the 1981 USTA-New England and the 1980 USTA-National Tennis Family of the Year awards.  In 1984, Power won the Gardiner Chase award as the USTA New England man of the year.

Power started hitting on a regular basis just over 30 years ago, when he moved from Watertown to Framingham and joined the Sudbury River Tennis Club.

During his time as president of the local chapter of the USTA, Power was proudest of two accomplishments – he changed the name of NELTA to USTA-New England and he put together advisory committees for each state.