Share a memory
Obituary & Services
Tribute Wall
Read more about the life story of Charlotte "Charlie" and share your memory.

On Wednesday, November 30th, 2022, Charlotte Grace Kalehua Kaapuni Wagner, known to all as “Charlie”, passed away peacefully at the age of 74 at her home in Needham, following a long bout with pancreatic cancer. Her loving family and friends supported Charlie with love and prayers throughout her illness and were known fondly as #CharliesAngels. Her adoring family was by her side at the time of her passing. Charlie’s grace and charm endeared her to everyone she met. Her smile burned indelibly into the memories of those who knew her, and her positivity was infectious. She was a friend to many and an inspiration to all.

Charlie leaves behind her husband Steve, of 47 years; son Steve and daughter-in-law Lily; and grandson Christopher Kaapuni, who was born in September.

Charlie was born on August 7th, 1948 in Somerset, Kentucky. She was the only child of Ernest and Mildred Kaapuni of Orlando, Florida. Charlie grew up in Winter Haven and Orlando. She was a graduate of Boone High School in Orlando and Tallahassee Community College. She also attended Florida State University after graduating from TCC. Charlie’s lifelong passion was traveling. By the time she was 16, she had visited over 40 states. Her parents owned and operated food concessions that catered to fair goers throughout the midwest and southeastern United States, and Charlie routinely joined them on the fair circuit every summer. Her self confidence and charismatic personality were shaped during those early years and were evident throughout her life, setting the foundation for her future success.

Steve and Charlie met in their mid-twenties at Eastern States Exposition in Springfield, MA. Their attraction for each other was instantaneous. They married in 1975 and loved and supported each other throughout their 47 years together. In 1989 their son, Steve, was born. Typical of Charlie’s enthusiasm for life, she dedicated herself to enabling her son to achieve proficiency in many endeavors including music, foreign language (Mandarin), chess, acting, and golf. Young Steve was the apple of his mother’s eye and their daily talks as she shuttled him back and forth to Milton Academy were cherished.

In 1980, Charlie began a new business venture repairing and restoring vintage wicker furniture. She named her new business The Wicker Lady and quickly expanded to retail home furnishings in Newton Highlands and Needham. Her talent for interior design blossomed. Eventually the business became known as a premier custom design shop and developed an amazingly loyal clientele from all over New England. The business flourished for 30 years, until e-commerce changed the manner in which people shopped for design services.

Charlie was an unbridled volunteer and a natural leader. Among the organizations to which she applied herself were the Junior League of Boston, Needham Business Association (former president), Beth Israel Deaconess Needham Board of Advisors, Milton Academy Parents Association, Boston Youth Symphony Orchestras Parents Association, and various trade organizations. Charlie was a member of the Dedham Country and Polo Club, the Orient Yacht Club on Long Island, New York, and Fiddlesticks Country Club in Fort Myers, Florida.

The family plans to host celebration of life events in Florida (March) and Massachusetts (April) for those who wish to share memories of Charlie. Details can be found on www.eatonfunerhomes.com  in the coming weeks. In lieu of flowers, the family encourages donations in Charlie’s name to the Lustgarten Foundation for Pancreatic Cancer Research at Lustgarten.org. 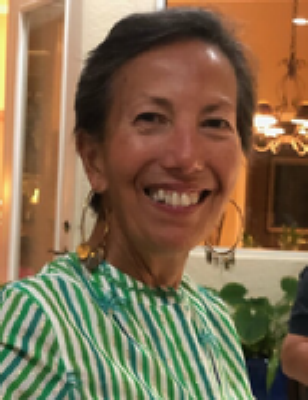