Share a memory
Obituary & Services
Tribute Wall
Read more about the life story of Irene and share your memory.

Her parents were mill workers and the family lived in depression-era rural Maine. Irene often spoke about her youth on the farm. She spoke about getting stuck under the barn in the mud while riding a pig, and playing baseball in the meadow using cow pies as bases. She loved making snow cones with maple syrup. She remembered getting an orange for Christmas and being in awe, thinking it was like holding the Sun in her hand.

After graduating from Stephens High School, she was eager to leave the farm and explore the world. As soon as she could after graduation she found work in Lewiston, ME as a singer in a band and in the campus cafeteria at Bates College. Her need to meet new people, expand her horizons of knowledge and culture then led her to New York City where she took modeling jobs and dreamed of being an actress. While she had left the farm life behind, she would never forget the humble roots she was so proud of. She was especially proud of her French-Canadian heritage. Her father’s family were Québécois, and her mother’s family were Acadienne.

She was a brave, independent woman filled with wonder. She was an accomplished artist who also loved working in her garden, playing her piano, or fixing something at her workbench. She was an adventurous soul, visiting Scotland, Paris, Spain, Alaska, and numerous trips to Jamaica.

She read tirelessly—mysteries, eastern philosophies and spirituality, and biographies of the people who inspired her, like her hero, Eleanor Roosevelt. She pushed to explore technology and the internet which allowed her to learn about every whimsey that occurred to her as her mind was always thirsty for more knowledge.

She loved surprises and serendipity. She loved to dance and sing. She loved meeting new people and learning their stories and had a true gift of making everyone she knew feel special. She was full of love, laughter and kindness. The world is now smaller and a bit empty for those of us who loved her.

She approached life with positivity, grit, and determination. And dealing with her illness was no different. She fought valiantly (and told jokes) until the very end.

These are only the facts of her life and they do not encapsulate who she was. There is not enough time or space to fully introduce her to you here.

Her ashes will be placed in several significant locations, including the lakes and mountains of Rangeley, ME and cast on the sand at Ocho Rios, Jamaica. Her children are confident this would make her smile.

A celebration of Irene's life will be held on January 28, 2023, 12:00 pm - 5:00 pm, at The Endicott Estate, 656 East Street, Dedham, MA. Light hors d'oeuvres and refreshments will be provided. Irene's family welcomes you to bring your stories, memories, and words of love and remembrance to share during a formal speaking time from 1:00 pm - 2:00 pm. 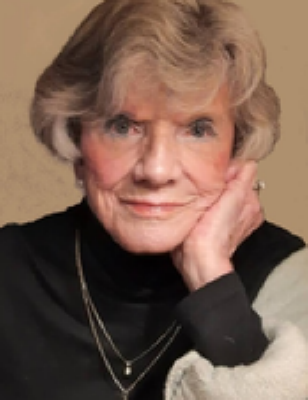