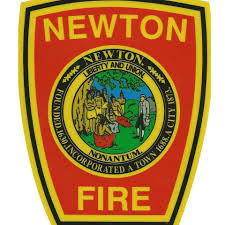 Richard was born on April 30th 1950 in Brighton MA to Thomas and Anna (Sheridan) Learned of Newton MA. Richard was raised in Newton MA and graduated from Our Lady’s High School in 1968.  While attending Our Lady’s Richard participated in baseball and was the captain and MVP of his basketball team.  Richard was also a member of Our Lady's Church where he was an altar boy for many years. After high school Richard enrolled in the US Army.  In 1969 Richard was deployed to Vietnam where he served as a Crew Chief in the 1st Cavalry Division, one of the most famous and well decorated units to ever serve in Vietnam. During his time there, he spent a majority of his days as a door gunman on a Loach helicopter widely known as one of the most dangerous jobs in Vietnam. He ran over 50 combat missions which took on heavy enemy fire and almost lost his life being shot down twice. He was awarded two Air Medals, Vietnam Campaign, Good Conduct, National Defense, Sharpshooter and later received a Purple Heart.

When Richard returned from the war in 1971 he dedicated his life to the fire service. Richard served 31 years for the Newton Fire Department.  From the time he was appointed in January 1972 till he retired in May 2003 Richard continued to dedicate his life to protect others.

Visiting hours will be held on Sun Nov 1 from 3-7 PM in the Eaton & Mackay Funeral Home 465 Centre St Newton Corner. Relatives and friends are kindly invited and all attendee’s must wear face coverings and follow COVID-19 social distancing requirements. His funeral service will be private.

A public graveside service will be held on Tues Nov 3 at 12 Noon with US Army Military Honors at the New Hampshire State Veterans Cemetery, 110 Daniel Webster Highway, Boscawen NH. All attendees must wear face coverings.

In lieu of flowers a donation in memory of Richie, to Clear Path for Veterans, The Fund Development Department, 8 Chicatabut Rd. Norfolk, MA 02056 would be greatly appreciated.

To send flowers to the family or plant a tree in memory of Richard M Learned, please visit our floral store.