Share a memory
Obituary & Services
Tribute Wall
Read more about the life story of Richard and share your memory.

Richard “Dick” Sanders, a longtime resident of Needham passed away peacefully on Thursday, January 19th at the age of 91. He was the beloved husband of the late Frances (Bouras) Sanders and the father of Gregg Sanders and his wife Bernadette of Windham, NH and Leslie (Sanders) Woodams and her husband Peter of Pittsford, NY. He was also the proud grandfather of Travis and Deirdre Sanders and Sarah and Michael Woodams.

He is survived by his brother Robert (Bob) Sanders and his sister Joan Smith and many nieces and nephews. He was pre-deceased by his brothers Edward, William and Steven and sister Doris Urban.

He was born on December 9, 1931, in Medford, MA as Richard Santini, son of the late Rudolph and Amy Grace (Hill) Santini. He became a gifted athlete who excelled in both baseball and basketball for Medford High School and graduated in 1949.

After serving in the US Navy, Dick continued his education at Boston University and Salem State College. Drawing on his passion for adventure, he journeyed to Bellingham, Washington and graduated from Western Washington State College in 1957. At each stop on his collegiate path, he was a varsity member of either the basketball or baseball teams and excelled at both.

While in Washington, he was recruited to play semi-professional baseball in the Copper League in Montana. Over two seasons, he become one of the most celebrated players in the league and helped lead the Helena Wranglers to the championship in 1958. Dick was later honored by the City of Helena by being entered into the Helena Sports Hall of Fame in 2015. He contemplated a future in baseball but turned down the offer to join the Pittsburgh Pirates organization as a member of their minor league team in Arizona.

After getting married in 1959 and living for a year in California with Fran, he returned to New England and started his career in education with the city of Brockton Ma. He received his master’s degree in education at Boston State College and spent 35 years at Brockton High School as a teacher and coach. He left a lasting impression on many students and retained many friendships from his time there.

Dick lived a life that can be best characterized as one of great passion, faith and conviction. He took up the game of tennis in his mid-30’s and quickly became a top ranked player for many years in New England as well as a certified Tennis Teaching Professional. A long-time member and frequent club champion of the Needham Tennis Club, he continued to play well into his 80’s.

An avid motorcycle enthusiast, he traveled throughout the country and Canada on trips and attended many motorcycle events and races across the world. He was a well-known and very popular figure in the motorcycling community across New England. He was riding (and riding fast!) into his late 80’s.

He had great passion for music with tastes ranging from Classical to Country and everything else in between.  A voracious reader and student of history, geography and politics he was also a gifted story- teller, able to recall events, people and places and share those stories with humor and detail to the delight of his audience.

At his core, Dick was a man of great spiritual strength and conviction. He was a student of Christian Science and was well read on all matters related to spiritualism. His belief that God is Good and Omnipotent was a constant in his life. Throughout his life he provided much needed comfort, wisdom and re-assurance to family and friends in times of need, and it is and will continue to be, his lasting legacy.

Beyond his many obvious achievements and accomplishments Dick is best remembered as an amazing father and a loyal and supportive friend, always to be counted on for support. A man of great integrity and decency he was a person who loved life and lived it with great passion.

A celebration of Dick’s life will take place in the next months and details will be made available at that time. The family encourages messages of remembrances to be placed on the Eaton Funeral Home website (www.eatonfuneralhomes.com.)

A longtime supporter of Habitat for Humanity, donations can be made in his honor at www.habitat.org.

To send flowers to the family or plant a tree in memory of Richard "Dick" Sanders, please visit our floral store. 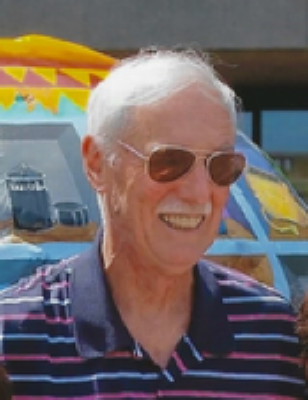