Share a memory
Obituary & Services
Tribute Wall
Read more about the life story of William and share your memory.

Bill was a member of several organizations including the International Game and Fishing Association, Ancient and Honorable Artillery Company, Chaine Des Rotisseurs, Escoffier Society, and the Piccadilly Pub Big Game Fishing Club. He was also very proud of his time serving in the U.S. Military in the Air National Guard. Bill was a highly respected businessman in the Worcester area, the founder of the Piccadilly Pubs and the owner of the Bentley Pub in Auburn, Ma. He was a master entertainer! His Summer parties at his Humarock, Ma beach home were legendary. There was always lobster, steamers and all the summer pleasures. Early in life you could also find him in his offshore racing boat the Piccadilly Philly.  Bill's intense love of the ocean and his passion for fishing led him on a forty-year quest and ultimately achieving the International Game and Fishing Association (IGFA) Royal Slam world record. At that time, he was the only man in the United States to receive the IGFA Royal Slam world record. He was the founder of the Piccadilly Pub Big Game Fishing Club which he presided over for the past forty-nine years.

Bill was a graduate of the Culinary Institute of America, was a talented Chef and a first-class host who loved to entertain family and friends. Bill is described as a beacon of life who will be missed by many. He lived a life that only other men can dream of.

Visiting hours will be held in the Eaton Funeral Home, 1351 Highland Avenue, Needham, on Monday, January 23rd from 10am - 12 noon. Graveside service is private.

Donations can be made to Massachusetts General Hospital Cancer Research Foundation in honor of William Martin at https://giving.massgeneral.org/donate/

To send flowers to the family or plant a tree in memory of William C. Martin, please visit our floral store. 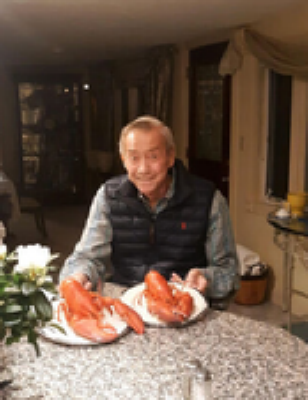